Me before You by Jojo Moyes 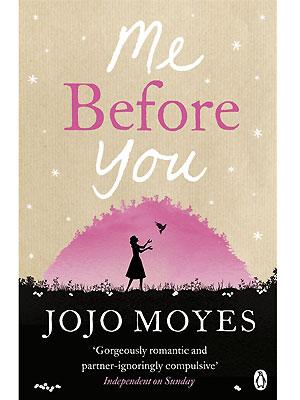 “Some mistakes...just have greater consequences than others. But you don't have to let that night be the thing that defines you”

Lou Clark needs a job desperately. The shop she was working in has closed and she has to get a job to be able to at least live. She has a boyfriend yet she is so unsure about her own feelings. She doesn’t know anywhere except for the bus stop and her home. The job that she has coming is something she wouldn’t have imagined and the turns she is going to have in her life are going to be tough.

Will Traynor has become a quadriplegic man after an accident. Him being in this predicament made him lose the joy in life and he knows what he is going to do to end all this. He has a perfect plan for all of this.


But… He never thought there will be someone who will paint colors into his black and white world. Who can give him the joy and make him smile.


“I can't do this because I can't...I can't be the man I want to be with you. And that means that this - this just becomes...another reminder of what I am not.”

But…Lou didn’t know his plans. She played along being optimistic. She didn’t know about the outcome.

This book might sometimes disturb you piece of mind, well it did to mine. It was a beautiful story but I give it 4.5 stars because the ending was too much to bear for me. I was awed by the authors ending at the same time didn’t like it.

OMG to Lou’ character. The way she thinks is different and the way she plans out things. Although, she might look hot headed and all she has dreams that could only be dreams to her if she won’t try to put them in action. Actually, towards the ending her character became stronger. She grew to be a better and better person. Her visions for her future became clearer, thanks to Traynor for that.

“I know this isn’t a conventional love story. I know there are all sorts of reasons I shouldn’t even be saying what I am. But I love you. I do. I knew it when I left Patrick. And I think you might even love me a little bit.”

I feel sympathetic towards Traynor. When someone has enjoyed so much and suddenly to be in wheelchair is something no one would wish for, they wouldn’t even think about it. I felt that he was being distant from people because he didn’t want to be attached to them and make them sad when he is gone. He was really being arrogant and building walls around him until Lou came and broke down his walls. Painted his life with colors again but the sad part was he wouldn’t change his mind about his last mission he wanted to do. It broke my heart. But he was really thoughtful of her.  Give it a read. Heart-breaking story but it was B-E-A-U-T-I-F-U-L.

“I see all this talent, all this...this energy and brightness and...potential. Yes. Potential. And I cannot for the life of me see how you can be content to live this tiny life. This life that will take place almost entirely within a five mile radius and contain nobody who will ever surprise you or push you or show you things that will leave your head spinning and unable to sleep at night.”